After my previous day efforts at Mt Hedrick and Ben Cruachan, I headed up and overnighted just off the Licola Rd where the 4wd track comes in from vk3/vt-064. This is at a saddle where the road climbs up to avoid the Macalister George. The 4wd track is certianly 4wd only, with good clearance and low range required. The Prius was left at the road and I proceeded on foot. It took just over an hour to walk the 3 and 1/2 kms to the summit. There is a bit of up and down on this track, so it is no pushover.

The summit was burnt in 2012, so there is good views along the Macalister valley. 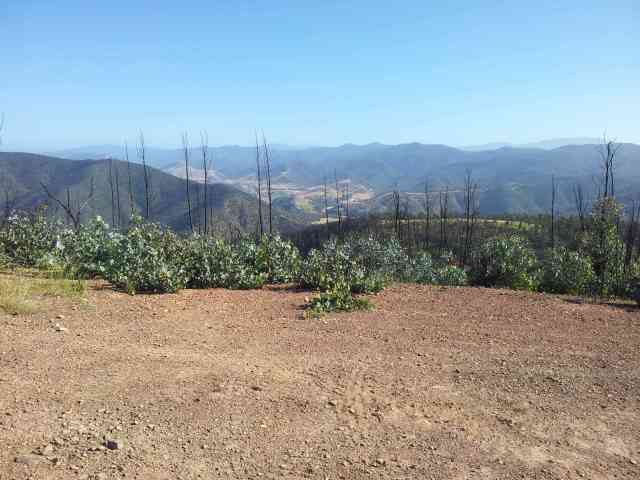 Next up Mt Margaret. I decided on using a walking track that rises up from the Tamboritha Rd. Its a climb of 850m, so it was going to be a big climb. The start of the track is marked on the side of the road, and cars can be driven about 200m to a nice parking spot under shade, although I didn’t know this and left mine in shade 100m down the main road. The track ends up in the creekbed for a while, and then climbs a spur. About 300m from and 150m down from the first knoll, it cuts across to the next spur coming into that knoll, which gives a bit of a break from the climbing. The track is reasonably distinct at this point, but above the first knoll, it comes and goes a little.

Things get tricky at the last knoll. From here, the track is much harder to follow: I could not really follow it. I stayed around the track alignment until the low point after the knoll and then went for the closest point on the Mt Margaret track. The forest had its moments, but it is reasonably passable.

There is no track that goes up to the summit itself. I went off track from near the east Mt Margaret 4wd track and walking track junctions, then straight up. I operated about 20 vertical metres down from the summit on the northern side to save a bit of time. Operation again was on the end fed, using the 7m squid pole and using the KX1.

This summit would be quite easy in a low range, high clearance 4wd, as a track takes you right past. For me, it was a walk from Mt Margaret up the 4wd track to this summit. Operation was using the KX1 on the endfed mounted on the 7m squid pole.

I was using the KX1 on some 3S LiPOs for both yesterday’s and today’s activations. Even though I had spent quite some time calling, the LiPos were still well over 95% of capacity at the end of the day.

The end-fed performs quite well for local contacts. I had heard from around the band that some were finding 40m challenging. Still most reports were in the 529 to 549 range for me.

There were some nice views from up on the range. Here’s looking towards Wellington Plateau:

I then headed back along the 4wd track to the south, and then went off track to meet up with the walking track that I used earlier in the day, hoping to pick up the track at the high knoll. This was succcessful, even though my legs were getting a little sore from the scratchy undergrowth. There was a nice view looking back from near here towards vk3/vt-032. 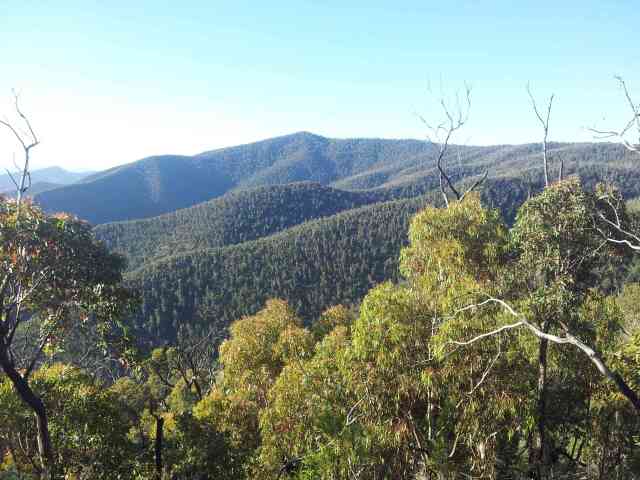 I had taken 3 litres of water, after the previous’ day experience with 1.5l I still had to ration this a little back to the car, but at least I was nowhere as dehydrated as the day before. Day 2 of the trip down, next up doing summits around Cromwell knob.